All fighters are made equal in the ring!

The Golden Jackals on DayzUnderground along with their host Dark As Midnight will be carrying out the third of four regional fight nights, fights that will culminate into the 2nd Annual Fists of Gold Fight Club Championship. This fight looks to be one of the best, as we hope to see last year’s Champion, Bullet, compete against seven others for one of those playoff spots.

The third division fight will take place on Saturday, May 5th 2019 at 5PM EST around the Berezino area (near fire station). Everyone is welcome to come watch and bet on fights. Keep your security in mind and bring the payment for the Golden Jackals. The four groups invited to this regional fight include Vanguard, Dark as Midnight, the 506, and the Chernarussian Defense Forces.

The server will be whitelisted from 4PM to 8PM EST on Saturday to allow fighters and spectators to get in for the event. Not whitelisted? Apply here 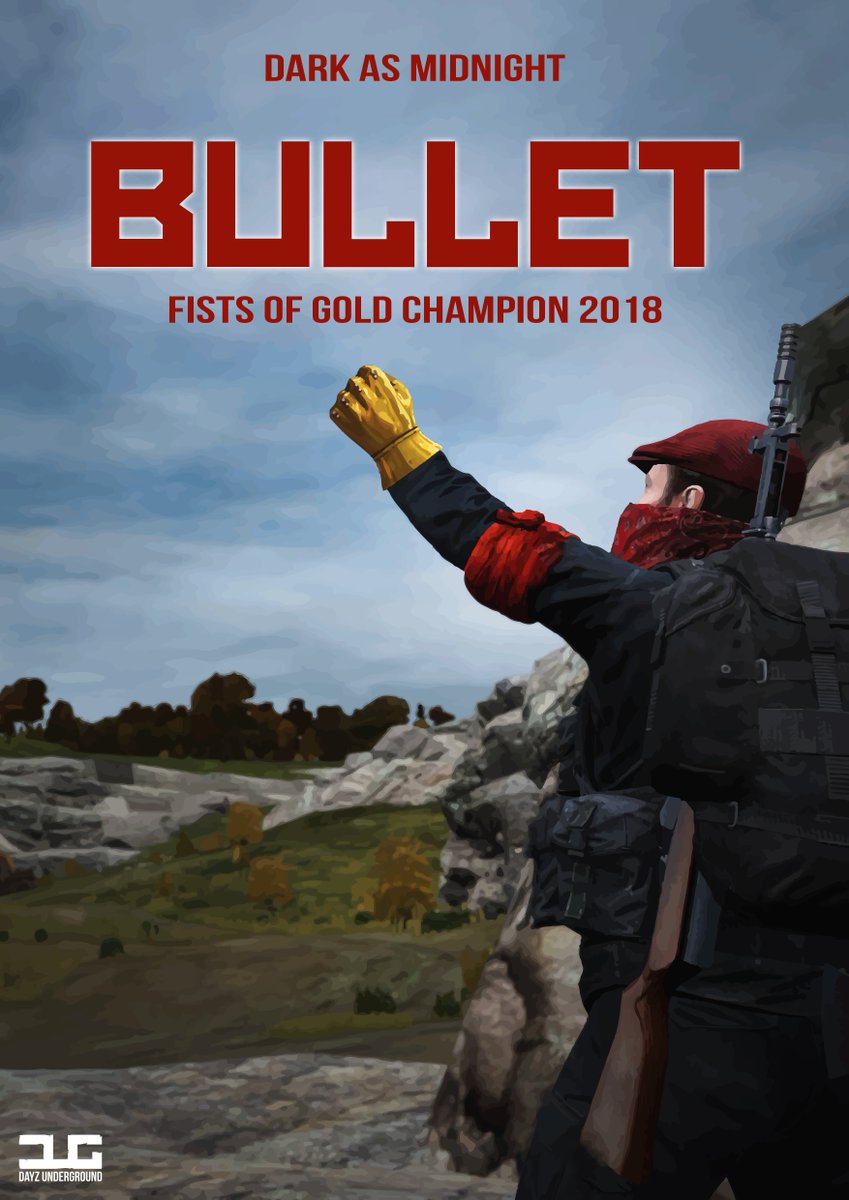 Dark as Midnight member Bullet was last year’s Champion. Will he take the crown again?

When and where: Saturday, May 5th 2019 at 5PM EST around the Berezino area (near fire station). on the DayzUnderground server

Details: Each group will be allowed to nominate two fighters from their group to compete in the regional fight. The format will be either single or double elimination, and the two fighters who win both their fights that night will move on to the Championship Fight.

Rules: Take off all equipment except for pants and footwear. No knives, melee weapons, or brass knuckles allowed. First person to go unconscious or call off fight loses. In the event of a tie, the last person to get off the ground loses.

Can I come watch the tournament?

Will you provide food, water, medical aid, etc. for the fighters or spectators?

“Maybe, maybe not. You should bring the stuff yourself. If you wish to partner your business with us in the fight nights and want to provide food, water, or medicine for others, contact Sayid about setting you up.”

Will there be security for your fight nights?

“We will provide minimal security at our fight nights. Do not expect to be safe. What do you think, this is fucking Fight Night. If you wish to provide security, contact Sayid and we can discuss payment.”

Why is my group not invited?

“Your group may be invited to future regional fights. This includes factionless/lone wolves, who will have their own regional to compete in to go to the championship.”

Final Note: Groups or people that choose to attack the fight nights announced here will be disqualified by the Golden Jackals group from any of their future regional fight clubs and not be welcomed in any other future fight hosted by The Golden Jackals.

Have fun out there!